- Sample Chapters -
I couldn't put it down. It was a page turner!
Blurb from the book cover -
Kaitlyn F. Layne has a normal life waiting for her in North Carolina. She has a loving husband, two adorable girls, and a dream job at McGillis and Associates Law Firm.
But that life is becoming a distant memory.
​      Kaitlyn has been left for dead on a mountain road near Aspen, Colorado. She is quickly forced to become someone else. Someone she was born to be. Someone exactly like her parents.
She thought of the happy memories as she tucked the nine-millimeter into her backpack and made her exit.
chapter one
The taste of blood was the first thing I noticed after the crash. Everything hurt … it hurt so bad. When the car began flipping down the mountain after going off of the road, I tried my best to cover my head and squeeze my elbows against my face.
All was quiet now except for the low hissing sound coming from under the buckled hood.
I could feel a cool breeze blowing on my face through where the windshield used to be.
My eyes opened slowly and I unclasped my hands from the back of my head. I let out a shallow breath and carefully licked my bottom lip only to feel a burn and something hard stuck to it. Glass. A sharp puff of air sent the glass shard into the now-deflated white air bag along with a splatter of red.
Pain everywhere. Pain along with the tingling sensation of the blood dripping across the fresh cuts on my arms and neck. A throbbing from my left leg took hold as the adrenaline faded away.
My mind flooded with fleeting snapshots.
I remember driving. I remember the left curve. Two-lane road. The truck. Yes, the white truck. It passed me on the inside as we were taking the left curve. It clipped the front of my car when it moved over in front of me.
Then I slammed the brakes. But it was too late. I felt the passenger front tire go over first. The steering wheel jerked. My foot to the floor on the brake and my hands tried like hell to turn the car back onto the road. The loose gravel. The car wouldn’t stop. Like slow motion, the world seemed to turn sideways as the car left the road. Letting go of the steering wheel when I saw only dirt and rocks through the windshield, I covered up the best I could. I remember feeling upside down on the first flip. After that, it was just a tumble over and over again with hard jolts as the car crashed into things on its way down. Maybe trees. Maybe rocks. The car finally came to a hard, sudden stop at the bottom. Upright. Luckily, I guess.
My leg. Looking down at it, I didn’t see blood. That was good. I could move my foot. That was good. Bending my knee was doable. It throbbed like hell, but wasn’t broken. Just banged up. Must have gotten jammed against the door or lower dash in the rolling. I glanced up toward the sky from where the driver’s side window once was and could see the edge of the road about two hundred feet up. Almost straight up. Reaching down and rubbing my knee, I said aloud to myself, “Making it up to the road is going to be tough. But I’m alive.”
I need to let Daniel know, I thought. By habit, I felt for my cell phone in the dash console where I’d always kept it when I drove. Not there. Crap, it could be anywhere on this piece of mountain. I looked all around. It hurt to twist my head and neck. I winced as I pushed myself up in the seat to peer over into the back floorboard. Something was holding me down. Something. My mind still wasn’t right. The seatbelt. The seatbelt that most likely saved my life was still doing its job despite the rest of the car having given up. I unbuckled it, pushed myself up and saw my phone on the floorboard mixed in among the glass pieces and spruce tree needles.
Stretching my right arm as far as I could, with fingertips extending their most, I felt the corner of the phone and managed to scoot it close enough for me to grab.
With a sigh, I settled back into my seat and activated the phone. While thinking of how to say things, my eyes scanned over my white blouse and black dress slacks. I shook my head, noticing the blood, glass, and orange mountain dust covering them.
The service was almost non-existent. I went to the ‘My Favorites’ section and tapped Daniel’s cell number. Ringing … ringing … ringing … voice mail. “Hi, you’ve reached Daniel Layne. Leave a message and I’ll return your call. Beep.”
“Daniel, I’ve been in a wreck. I’m hurt, but I don’t think too bad. I love you. Tell the girls I love them. I’ll be ok. I need to go now and call for help. I love you. I love you.”

​chapter two
The soccer game was a heated one. One more goal and the girls’ team would win. After an entire season, this win would be their first. Daniel stood on the sidelines watching Olivia and Mattie’s team. They had the ball. Mattie was faster, but Olivia was deadly accurate. For twins, they only looked similar. Everything else about them was so different. At ten years old, they were a year younger than the other soccer girls, but just as good. At least Daniel thought so.
Daniel’s phone vibrated in the front pocket of his jeans.
Mattie intercepted a pass from the other team. She quickly switched feet and direction and headed to the goal. The sea of ponytails and yellow and blue uniforms all turned at the same time like a flock of birds in the sky. Mattie passed the ball to a teammate to the right then veered off left to dodge two blue uniforms that slowed trying to follow the ball change. Olivia jogged near the goal, watching the ball. Waiting for a pass. She was open. She was ready. The ball flew to her across a fifty foot patch of green. Her eyes on it. In an instant, a blue uniform closed the gap and hit the soccer ball with the leading edge of her foot, but it was a bad hit and in the effort to reclaim the ball, it skimmed past the white line. The sound of the whistle seemed to match the look on Olivia’s face. So close.
Remembering that missed phone call, Daniel pulled his phone out and saw Kaitlyn’s name on the missed call screen. Just below the missed call alert read one new voice mail. Walking away from the field, he touched the button and put the phone to his ear.
Immediately, he could tell the message may not be audible due to bad service on her end. “Dan …, I’ve been … a wreck.” The message went in and out and he tried to put the mumbled sounds together in his head. He could only make out, “I’m hurt, but … bad. I love you. Tell … girls I love them. I’ll be … I need to go now … I love you. I love you.” The sound trailed off to silence.
Daniel repeated the message again, listening intently.
He dialed her back. The worst of thoughts going through his mind. It went right to voice mail, “Hi, this is Kaitlyn, I can’t answer right now. Leave a message. Beep.”
Daniel spoke loudly into his phone, “Baby, let me know if you are ok. I’m gonna call 911. Let me know where you are. Please, baby … be ok. Please, please.”
His thumbs hurriedly dialed 911 and the dispatcher picked up quick. “911. What is your emergency?”
“My wife.” Daniel answered, “my wife got in a wreck. A car wreck. She called me, but I missed it. She left a message. She won’t answer now.” Daniel spoke fast, but the dispatcher understood his frantic sentences from her experience with similar calls.
She asked, “Do you have a location?”
“No, I don’t. I’m here in North Carolina and she’s in Colorado,” Daniel replied, rubbing his head spastically with his fingers running through his hair. “Shit, I don’t know.”
The dispatcher asked, “Do you know the last city she was in?”
“Yes,” he nearly shouted, “Aspen. She stayed in Aspen last night.”
“Do you know where she was going next?”
“Something Vista … she was going to Buena Vista.” He slapped the palm of his hand against his forehead. “But I don’t know the road. I don’t know how she was going.”
“It’s ok,” she said. “Stay on the line with me for a few more questions and then I’ll contact the Aspen Police Department and let them know. They will know where to search for her.”
“Ok.”
“What’s her name, physical description, and what make, model, and color of car was she in?”
Daniel was walking in fast circles in the grass without even knowing he was doing it. “Kaitlyn. Kaitlyn Layne. Kaitlyn F. Layne. She’s my wife. She’s five-six, athletic build, with long light brown hair. The car is a rental. She rented it after she landed in Denver. I don’t know the kind of car. Or the color.”

chapter four
The old man sat upright on a white leather couch looking out of the window to the ocean beyond the deck. Between his thumb and index finger, he rolled a large cigar back and forth with steady repetition. He was alone on the couch with one leg crossed over the other, looking out at the tanned bodies lying on the sand and kids running around just in front of the blue-green expanse of water. Thick, brushed-back platinum-silver hair. Gold-rimmed sunglasses. A white suit that matched the couch, and brown patent leather shoes. His cell phone on the couch next to him.
When the phone vibrated and rang, he looked down at the number and let it continue for two more rings. Leaning forward, the old man set his cigar on the ashtray before picking up the phone.
“The job done?” he asked in a thick Cuban accent as soon as he put the phone to his ear. He listened to the answer, then asked to be sure, “And this, you are positive of? Did you check her?”
He stood up with the phone and paced to the window. “But you did not go make sure? So what. I don’t care about a fucking mountain. Walk your lazy ass down there. You should have made sure. Go back.”
The old man, still at the window, leaned forward and placed his forehead against the large glass pane and looked down at the floor while he heard the caller’s argument. When the caller finished, the old man said, “Go back. If there are police or whatever there, then leave. Simple. If no one is at the scene, go check her.” He thumped his forehead against the glass. “You do a job, you do it right. You are of no use to me if you can’t.”
​. . .
Visit my site for more novels: www.TyMichael.net
-
Or, click links below to bookseller sites. 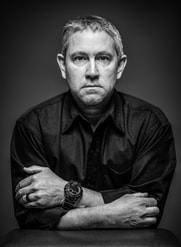